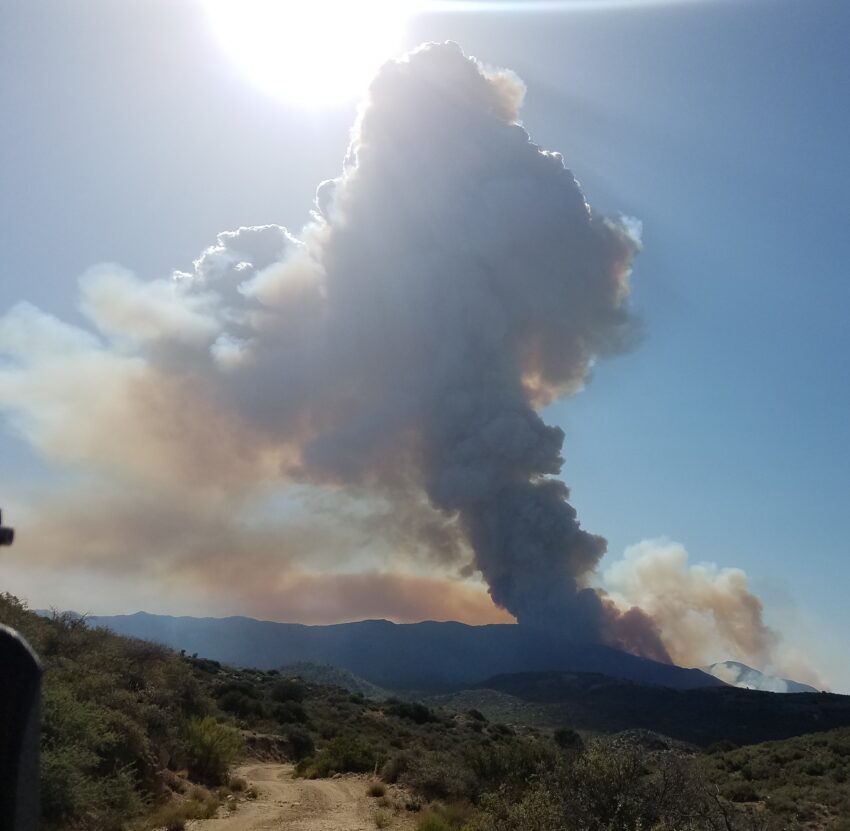 The Jeep Posse received a Call Out from YCSO Deputy on Saturday, May 8, for a roadblock at Forest Roads 362 and 52 the next day.  On Sunday May 9th, Mother’s Day, an additional roadblock was added to the Jeep Posse.  By Monday, two more roadblocks were added.  Tuesday and Wednesday the Jeep Posse had Call Outs for each day to report to the Incident Command at Crown King to stage for possible fire evacuations.  The Posse then received Call Outs for Friday and Saturday but, with progress in the containment of the fire, we then received a Standdown.

The fire equipment and personnel response was phenomenal and, after several days of no to little containment, the fire was suppressed to the point that evacuations and roadblocks were able to be cancelled.  The fire teams are first rate, and it was thrilling to see the planes and helicopters on a steady rotation of refilling and dumping.  Terrific job by a lot of people!